END_OF_DOCUMENT_TOKEN_TO_BE_REPLACED

Get a cool dashboard display when you transcode (Stanley posted on November 21st, 2012 )

For people who loves transcoding  (like me), they like to watch the progress of their transcodings. So why not make the progress look cooler. A year ago, I was developing a dashboard software for my car. That piece of software wasn’t getting famous like MediaCoder. Fortunately my work wasn’t all wasted. Today I moved my dashboard rendering engine into MediaCoder. A new preview mode named Dashboard mode was added, in which,  a dashboard with some live statistics will be shown side by side with the video frame being transcoded.

END_OF_DOCUMENT_TOKEN_TO_BE_REPLACED

MK802 is a popular ARM based super micro computer which can plug directly into any HDMI output for an on the go media player, internet browser, game machine or for general use. It features 1.0GHz Cortex-A8 CPU and 500MHz GPU, 1GB DDR3 memory and 4GB flash storage. The stock Android can be replaced with Ubuntu Linux.

END_OF_DOCUMENT_TOKEN_TO_BE_REPLACED

After suddenly getting interested in time-lapse video, I added the time-lapse video recording feature in MediaCoder with a USB camera or any other DirectShow video capture device. Here please see a demo I just made.
END_OF_DOCUMENT_TOKEN_TO_BE_REPLACED

Today I performed a benchmarking test with MediaCoder iPhone Edition which has got improved support for Intel MSDK recently, by transcoding the same 720p H.264 MKV file to a MP4 file of iPhone 4 profile. In order to obtain transcoded videos with near visual quality, x264 was set to fast preset and Intel MSDK encoder was set to balanced mode. The difference in transcoding speed and CPU utilization is significant. With x264, the CPU utilization is near 100% and the overall transcoding speed is approximately 3.4x (versus playback speed). When using Intel MSDK encoder, with computation off-loaded to CPU built-in GPU, the CPU utilization is near 50% and the overall speed is about 7.9x, which is 2.3 times of that of x264. 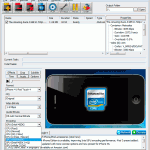 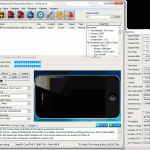 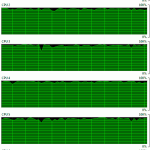 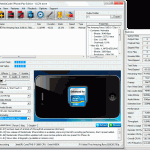 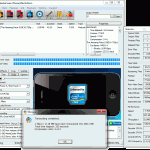 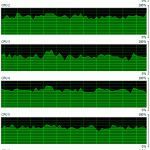 MediaCoder has supported H.264 High 10 Profile (10-bit color depth) encoding since quite a long time ago. However, due to the lack of good and free decoder and player for this profile, I haven’t seriously test with it until today. I encoded a 720p video clip in Hi10P at 1Mbps (really low for HD content) and played the encoded content with VLC 2.0.1. The result is quite impressive.